Everything you need to know about CCTV Security Systems

CCTV security systems are one of the most reliable and efficient security components all around the world. Especially in areas prone to misshaping and lack security environment, there are several benefits including being an effective crime deterrent, as well as an efficient means of monitoring a certain area and, if the need arises, a good source of forensic data for the criminal investigation department and law enforcement.

Cameras were primarily meant only to record video, but the sheer number of security cameras, the volume of data captured, and security and law enforcement requirements have led the CCTV security industry and manufacturers to raise the stakes and provide a wide range of advanced features with advanced technologies.

All of these features whether advanced or ordinary, however, contribute to the final price of whole equipment; understanding and having some knowledge about these features can help consumers make the right choice, so let’s explore this topic more and learn the most important features a security camera must have and see where they are useful or important.

Some benefits of CCTV security systems that go beyond just video recording and capturing images:

Movement instant recording is one of the most useful and eminent features in modern CCTV security systems. It is especially useful in remote locations and infrequently-accessed areas, where continuous recording throughout the day will provide tons of hours of footage which will be useless either of a door or less accessed roads and maybe thirty seconds of people coming and going.

Surveillance systems with motion detection support allow you to configure your security camera to start recording only when there is any movement detected within its field of view. This way, only footage that contains some relevant data will be archived. This saves consumers money on storage, backup and archiving, and makes it easier to search and retrieve data whenever you need it.

Alike other cameras, surveillance security cameras can only monitor certain premises if there is some amount of light shining on them. However, this light needs not be in the visible spectrum. Infra-red CCTV cameras are integrated with infra-red LEDs, which they can use to illuminate the objects in their field of view.

Infra-red CCTV cameras use less costly and widely available components, so infra-red capabilities do not necessarily add much to the camera’s price. However, consumers should steer clear of the cheaper models, which often have insufficient and less efficient illumination levels, or which cannot adjust the illumination level automatically, leading to unclear footage.

Two-way Audio is one of the most overlooked and underrated advanced CCTV features. Two-way audio enables the operator in the control room to communicate with the person in front of the CCTV camera. The conversation itself can be recorded and archived and retrieved whenever needed, just like any other kind of footage.

Two-way audio is ordinarily useful for interactive access control systems, where access to a restricted area must always be confirmed or controlled by a human operator who needs to be authorized. However, it is useful in multiple situations as well.

For instance, it allows human operators to immediately learn of, and understand different access attempts, making it easier to tell an honest attempt or a malicious access attempt. It is also a good and reliable replacement for a separate intercom system, decreasing its complexity and easing maintenance. 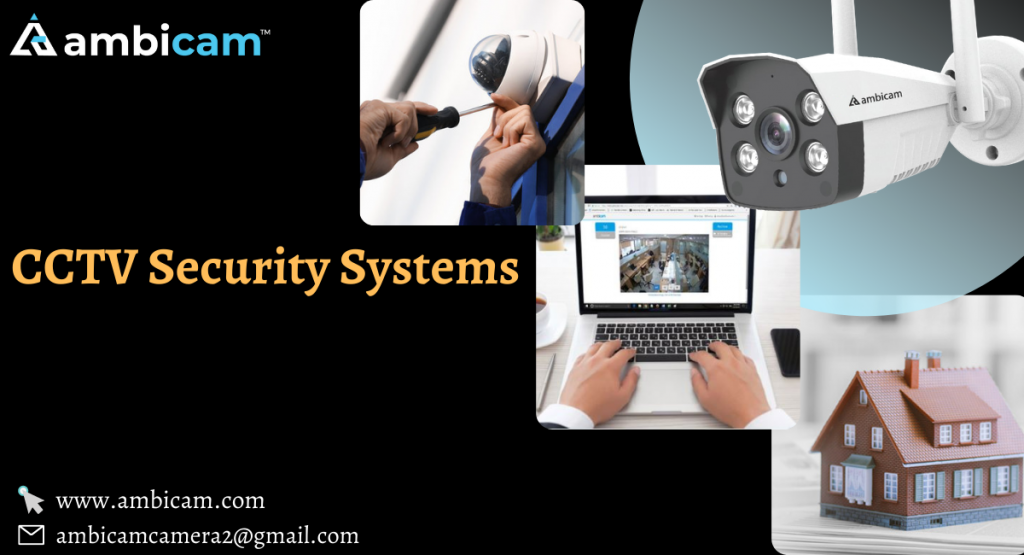 The value of this system lies not so much in the feature itself as in its integration with archiving, access management, and parking management software, and in the analytics value of the data that it can provide. You can use ANPR to:

If you need these advanced features, ANPR is the most worth considering. ANPR is as complex and useful. It requires high-quality hardware systems and the cameras need to be installed in a manner that ensures correct lighting, field-of-view, and distance parameters for the number recognition.

Facial recognition is to human faces what ANPR is to vehicle number plates: it enables a CCTV surveillance system to match a person’s face with an internal database which is per-recorded, telling you who just passed by the camera.

Facial recognition is a very powerful and effective CCTV feature, which is used in several scenarios where security or customer service is of utmost priority. It can be used, for instance, to spot and track VIP customers in hotels or casinos or temples or, equally well, to recognize people who are no longer authorized to be on a business’ premises or any suspected criminals.

CCTV-based facial recognition is a very complex technology, though, and has two important consequences.

The first one is its price. Facial recognition is a premium and costly feature; manufacturers may not necessarily charge extra for it, but the hardware available in the market is a bit costly.

The second one is the accuracy that is the recognition of human faces is such a difficult task that even biological systems sometimes fail.

Real-time alerts are sometimes also called push notifications are a relatively new feature of IP-enabled and AI-based surveillance cameras. CCTV systems that support this feature can directly issue an alert to a smartphone or tablet through an application in response to certain events, such as detecting motion or audio.

Real-time alerts are a very useful and reliable CCTV feature, but they should be deployed with utmost care.

First, a system that issues several useless alerts will quickly bury the needless alerts in a stream of irrelevant data which tends to decrease the efficiency, rather than increase security, as the consumers will quickly end up assuming that every alert is senseless and bogus.

Second, real-time alerts may look simple, but they rely on very complex and advanced cloud technology. Some models will rely on their manufacturers’ infrastructure to process the alerts to consumers’ equipment, which makes you dependent on their security and uptime. Others allow you to deploy and install your infrastructure which makes you less reliant on third-party tools, but the infrastructure deployment is upon you, especially, to secure.

Storing the data captured securely and redundantly that also is capable to enable rapid and efficient access to camera data is among the toughest challenges that security cameras face.

a. Consumers who have a large amount of data to manage and if the supporting infrastructure is too wide and difficult to manage, even with dedicated IT resources

b. Consumers have very few streams to manage and few advanced requirements, so the costs associated with dedicated, in-house infrastructure for secure storage and backup are just hard to justify

With the help of cloud storage, security surveillance systems use cloud resources to archive and retrieve data. This outsources the need of maintaining a secure and redundant storage capacity, with all the benefits and consequences that ensue.

CCTV camera cloud storage from reputable partners and uses state-of-the-art encryption, high availability, and efficient backup capabilities, which typically go beyond what most small businesses can afford. That is why it’s being said, some of the systems’ security is still dependent on consumers’ security practices; for example, an attacker or hacker can still gain access to the footage if you use weak passwords or authentication is not done properly.

Cloud storage is majorly run by a particular manufacturer, then it will, more than often works only with that manufacturer’s cameras.

Traditionally, security surveillance cameras have used wired connections, primarily because wireless technology was considered either too unreliable or too slow for real-time monitoring. This is no longer the case now, and recently many CCTV cameras offer wireless connectivity instead due to their popularity among consumers.

Wireless CCTVs use Wi-Fi or other networks to communicate with the rest of the security system, so they don’t need any data cables and have a hassle-free installation. This can tremendously simplify the infrastructure and installation, and improvise your security system’s reliability and efficiency, as one less cable means one less failure point.

The CCTV installation and deployment can be tricky given the number of regulations and scenarios you have to keep in mind. Some of the features provide relevance to all CCTV users and are recommended for any premises to anyone who wishes to deploy a CCTV camera. Others are only relevant to some users according to their needs and requirements.